Day 1 - Visual Stimulation: Be So Sexy His Eyeballs BURN with Lust

If you are like most women (you don’t earn a living as a swimsuit model), chances are you have felt inclined to cover up, or at least not parade around in the buﬀ, even when you are getting busy.

This first day of your course is ALL ABOUT how to change your thinking so you CAN feel amazing during sex, because you know exactly how to play up your best assets to the hilt.

You are also going to give him the biggest visual THRILL...something he’s only dreamed of, really! You’re going to sear the hot image of you and your gorgeous body onto his brain FOREVER.

You can do this even if you don’t feel supremely conﬁdent about your body.

If that sounds outlandish right now, stick with me!

Men are HIGHLY VISUAL creatures! :) And it is been scientifically proved that dopamine can get triggered by visual cues.

In this lesson you are going to discover...

1. How to conﬁdently play up your assets,

2. A variety of techniques to nearly set his gaze on FIRE,

3. AND how to add romance into your life (gee, and here you thought I hated romance!).

Regardless of her “looks,” and I also know that the number one thing men are attracted to when it comes to sex is enthusiasm.

This lesson isn’t about conforming to a certain standard of beauty or anything...it’s about playing up the parts of your body that you (and he) love!

Note: Most women are not supermodels.

Some may carry some extra weight, some may have good boobs. Or maybe your hairs are very sexy.

But most women are not supermodels and that's absolutely fine and that's the reason you are reading this.

Being a man I know every guy appreciates these assets, and being a woman you can intentionally draw his attention (I mean your man's attention) to your best assets.

Playing Up Your Best Assets

Now that I’ve shared a few of visual aids men love, let’s cover a whole bunch of ideas you can use!

First, how do you know what your best assets are?

Think about these questions:

• What do you enjoy about your physical looks?

• What do you get compliments on?

• What clothes does he request you wear or get excited by? What body part does that accentuate?

• What positions does he tend to favor during sex? What body part of yours is on full display?

That should give you the answers you need. And if you are still stumped, read through all of these suggestions and experiment by trying them out!

If you’ve got gorgeous gams that go for miles, play them up before and during sex

• After exiting the shower, and with him watching, make an exaggerated show of putting lotion on your legs. Lean over in an exaggerated way or prop a leg up on the counter. Slowly massage moisturizer on from your ankles to your hips.

• Serve him a home-cooked (or take out) romantic meal and wear something sexy just for him. Like short-shorts or a micro-mini so he can salivate over how amazing your legs look while salivating over the delicious food, too. Use an instant bronzer or a product like airbrush legs to have them extra glisten-y and luscious.

• On your back in a modiﬁed missionary, extend your legs straight up. Ask him to grab your ankles or calves and move your legs apart in a big, wide V. If you are also blessed with ﬂexibility, this can be really fun. He might be able to push your legs into a wide spread-eagle or near-split position.

• If you are daring, and have good ﬂexibility, try this standing up sex position. Extend one leg up and over his shoulder or up and wrapped around his waist if he’s tall. You can lean against a wall or a heavy piece of furniture for balance. He can hold your leg while thrusting. If you can wear a killer pair heels at the same time, go for it!

• Invest in a beautiful stockings and garter set. There is something so provocative about a woman wearing stockings. Leave them on during sex.

If your guy is a butt-man, here are some awesome ways to capitalize on that!

• Hands down, doggie style is the best. He gets the view of your luscious ass as he’s penetrating you. Encourage him to give you a spank, too.

• Another position to try is a modiﬁed doggie style. Instead of being on all fours, stand and lean over. If you are ﬂexible enough you can rest your hands on the ﬂoor in front you, even shifting into a downward dog yoga stance. Or, you can bend over and lean onto the bed or a chair. This gives him a slightly diﬀerent view of your booty that enhances your hips and waist at the same time - gravity lifts your cheeks up and forward.

• Gather a collection of cute booty-showcasing undies – or go buy some cheeky boy shorts, thongs, g-strings, or lacy panties with ruching in the middle. Put on some music and give him a little fashion show. It’s playful and fun for him to watch you strut your stuﬀ.

• Go commando...or leave your panties on under a skirt. This is a great tactic to amp up a sense of urgency. On the way home after a date, kiss him passionately in the car then lead him to the door. Lean over the back of the couch and ﬂip up your skirt, begging him to take you right then. If you have panties on, don’t take them oﬀ. Have him just push them to the side. It’s super hot to be so caught up in the moment you can’t even take an extra two seconds to take oﬀ your clothes.

Okay, there really isn’t a ladylike way to say this, but if your man has a thing for boobs, invite him to “titty-f*ck” you.

There are actually a lot of men who have this fetish, so it’s deﬁnitely a fun (and low-risk) trick to include in your sexual toolkit.

This technique is where you lay on your back and he straddles you. You press your boobs together creating a “tunnel” for him to put his penis into/between.

Sure, it’s slightly strange the ﬁrst time to look down between your breasts and see the head of his wiener poking through and toward your face. But the sensation is pretty amazing for him.

And the visual of your breasts pushed together as he “penetrates” them is hot for a guy who loves boobs. Also, it’s one of those ways to bring back the thrill of the forbidden, as this has been a technique teenagers have used for years in place of “going all the way.”

You’ll deﬁnitely want to have some lube handy, as dry skin-to-skin thrusting can be uncomfortable for you both. Push your breasts together to create as much friction as possible.

He can keep going until climax, at which point he will release himself on your tits, neck, abdomen, or face (if you’re okay with that). It’s a fun thing to use as foreplay, too.

Some guys really love luscious and juicy lips. We women know that lipstick and gloss look great...until it causes a mess when it gets smeared on our faces.

One idea is to look for a good lip-staining product (vs. lipstick). Get a dark red one, and then layer clear gloss over it.

The visual of you giving him a blow-job with your juicy red lips adds a spicy element, yet won’t cause you to look like a crazy clown after you ﬁnish

Here’s a funny thing...if you ask most women if they are “romantic,” they will say yes.

However, what they really mean is they want a man to romance THEM. They don’t put a lot of eﬀort into creating the romance themselves. I might even be describing YOU.

Maybe you sort of hope, and expect, him to be the one to do the romancing. I know I’ve told this many times on my blog most men aren’t naturally romantic, especially when it comes to using ﬂowery language vs. explicit dirty talk.

Some guys get it and make the eﬀort to romance their women, but for most of us, those kind of expressions might be limited to Valentine’s Day or anniversaries.

But there’s nothing wrong with YOU taking the romantic lead from time to time. There are universal expressions of romance and love that everyone can appreciate, regardless of gender.

It’s about creating an experience. Setting the mood. Enhancing the moment

You can take the time to purposely create a romantic atmosphere for sex.

Turn oﬀ the lights and light a bunch of candles (just take care to place them where they won’t get knocked over!).

I Know This all sounds like the sort of stuﬀ you might dream of HIM doing, right?

Yet showing him this kind of attention makes you both feel good. There is no rule saying you can’t be the one to be proactive in the romance department.

Taking the eﬀort to create a romantic mood elevates the whole experience. The sex doesn’t have to be tender or sweet either. You can still get down and dirty despite the romantic setting...if that’s what you are into. ;)

So this was Day 1 of your 3 Day Course.I believe you loved reading these steamy ideas.

If you're interested in learning more of these techniques to keep your man addicted and deeply devoted to you as well as having a lot more fun in the bedroom, then we have something really special for you.

It's called "Language Of Desire"

Language of Desire is based on Many Years of Researching Men's Sexual And Emotional Behavior to Help You.

This program was many years in the making.

It took us many years; 1,200 polls; 600 surveys and more than 4,600 hours of sex and couple therapists before we were comfortable revealing some of the key concepts that trigger Male Desire at a deep emotional level that you are about to learn.

Take inspired action and Watch this video here (remember never use the word “never”) .....one last thing these works for if you are single, married or dating)

Take inspired action and Watch this video below. 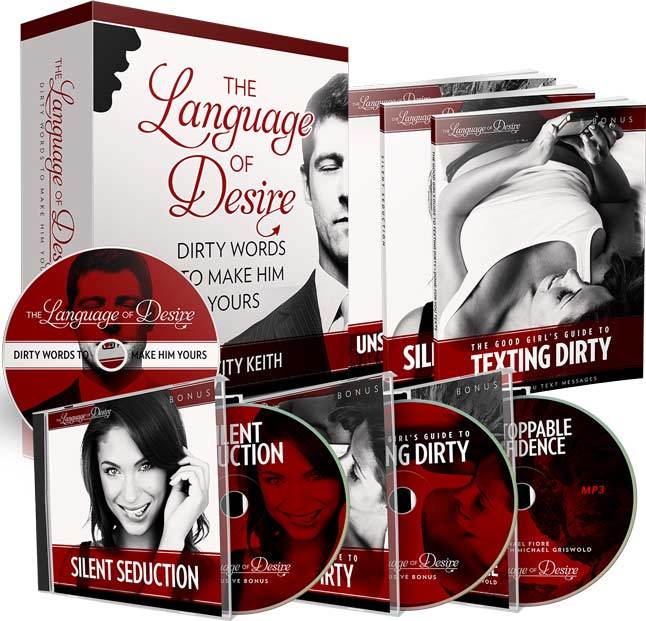 This is a graphical representation of the products offered, when purchased you will be given a memebership login for instant access to all content.

This program is the definitive manual for the erotics minds of men. Use this and you’ll condition a man to become unreasonably turned on and vibrating with desire for you every time you whisper a seemingly innocent phrase of your choice in his ear. 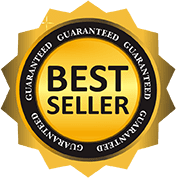 "The highest selling women’s offer of the year." - Mark Ling.

"The highest selling women’s offer of the year." - Mark Ling. 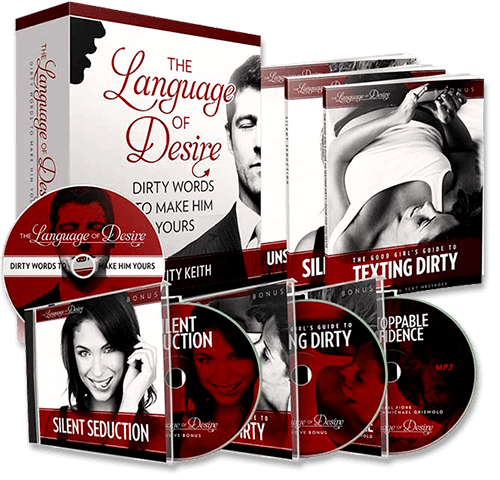