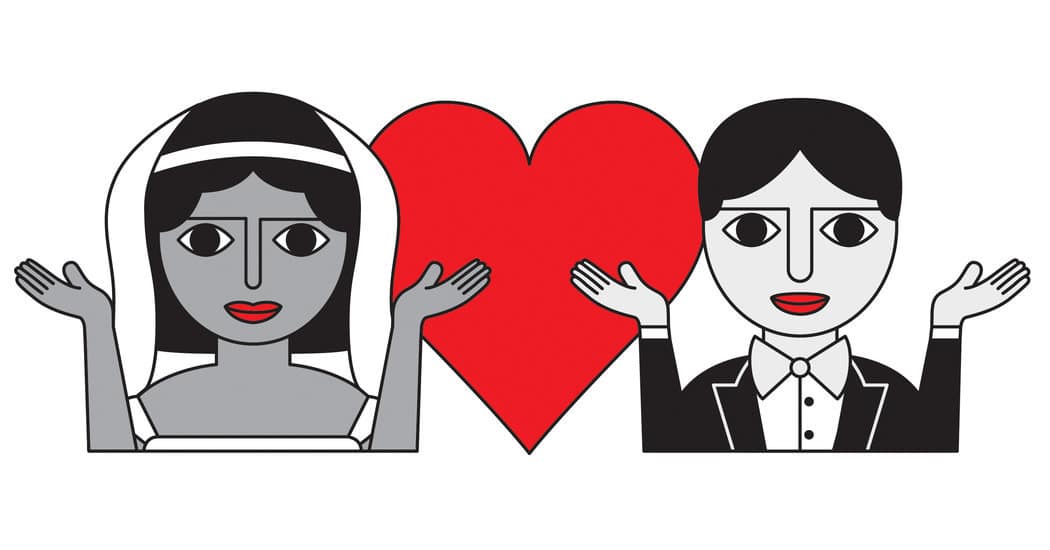 When it comes to the topic of Millennials, there are a lot of misconceptions and biased generalizations circling around.

Are Millennials really that lazy and entitled? Are we really a generation of whiners?

The situation is no different when the topic of love and dating are introduced to the discussion.

But how much do we actually know about love in the time of Millennials, beyond the fact that online dating has influenced modern relationships ?

Are we missing the forest for the trees?

Here are some insightful facts regarding how Millennials are approaching love, sex, and marriage, and what’s influencing their reasoning.

Whether you’re an actual Millennial or someone looking to understand this generation better, these insights will be helpful to establish a more comprehensive picture.

# A progressive generation looking for love

We’re leading the conversation about topics such as equality, empowerment, consent, and family in the 21 st century.

It’s a generation where heterosexuals are standing up for same-sex marriages , while simultaneously admitting they don’t necessarily “believe” in the concept of marriage, and have no interest in getting married themselves.

But in the end, ever since humans have been able to develop the concept of true love, it’s become ingrained in our nature to aspire to it.

That being said, “the hook-up generation” is rather an exaggeration , and the phenomenon to turn to is not how much millennials are hooking up, but why casual flings and dating are so popular.

Is it to prove a point, just because they can, or in the hopes of finding true love somewhere, someday?

The number of reality dating shows has drastically grown since the turn of the century.

Shows such as the Bachelor (and its female counterpart), Beauty and the Geek, Mr. Personality, and Married by America have stood the test of time, and they’ve been around for more than 15 years now.

New shows get thrown into the mix regularly, all of them offering a variation of the same theme: the process of finding love.

The reason behind their abundance (and success) is obvious – their biggest audience, the millennial generation, is almost obsessed with the concept of finding love.

Paradoxically, “reality” shows such as these provide an escape from reality – and a glimpse of hope in a world where it’s increasingly difficult to meet “the one”.

They present a picture of beautiful people finding romance, of 15 men fighting for one girl, of the “happily ever after”.

Despite knowing that these shows are largely scripted, audiences are drawn to them for their fantasy-driven adolescent appeal , and they’re largely influencing unrealistic expectations.

In turn, however, the reality dating scene, along with social media, is having an effect on the millennial dating scene, and it can be summed up in one word: pressure.

People watching these shows will often feel pressured to date, to find the perfect person, and to aspire to this unrealistic ideal, ultimately creating more tension around the whole topic of love and dating.

There’s serious pressure to date, and people are seriously afraid they’ll be alone forever, doomed to watch their friends posting pictures on Instagram of their amazing lives, partners, and eventually children.

Dating apps swoop in to offer a chance. Many relationships that have stood the test of time began with a date via app, and although dating comes with its fair share of disappointment, the idea of “the real thing” is still plausible – and it’s enough to not give up.

One major characteristic that sets Millennials apart from their parents is that they’re largely unwilling to settle.

Despite the fear of being alone, they’d rather be alone than with someone who’s not able to fulfill their emotional and sexual needs, to grow together with them, to share an intimate connection that withstands the test of time.

Expectations are higher than before, and although this is actually a good thing, it’s clear how it makes settling down more difficult.

When it comes to sex, Millennials seek intimacy and passion in their relationships, and they’re not afraid to try new things to keep the fire alive .

For example, a sex toy is no longer seen as taboo or kinky, and it’s commonly accepted that couples can use one in the bedroom to satisfy their needs, explore their sexuality, or cultivate the sense of novelty in a long-lasting relationship.

# Settling down: what’s the deal with marriage?

We’re a generation that’s notorious for questioning marriage and often putting off – and this is another aspect where we’re largely misunderstood.

There are different reasons for this complicated approach toward marriage.

One is that Millennials don’t feel the rush, and with so many options at hand (to travel the world, learn new things, change careers, etc.), many are looking to first pursue their individual goals before seriously committing.

According to statistics, young people between twenty to thirty years are delaying marriage plans and having kids late in to their lives.

According to a census data released last year, the mean age for first time marriage is 29 for men and 27 for women; in urban areas like New York City, D.C and Washington.

This worrying revelation is believed to be tied to the economy. Scarce job prospects and concerns over ballooning student debt have a way of interfering with marriage plans or starting a family.

According to many marriage counselling experts, a lot of Millennials seem to have high standards to what their marriage should look like and settling for less than that is out of question.

Most of them are not looking for their parents` marriage and their number one aim is nurturing a sense of fulfillment and happiness with their partners.

# Expectations and demands from partners.

This is quite a hard task and if the other partner falls short, they are quick to pull out.

Understandably Millennials are aware there is plenty of fish in ocean including dating apps and social media who can fulfill their needs.

Finally Millennials are not settling for companionships which are deficient in any area sex included.

And even though the orgasm gap is stressingly real..a lot of straight women are yearning more from their sexual partners.

As they become more aware and empowered, they are creating and expecting relationships based on robust foundations of equal
partnerships and intimacy

But certainly one of the biggest reasons is that this is a generation that’s witnessed an astounding rise in divorces, with many of them coming from broken families themselves.

They want to commit and be in a serious relationship, but seeing all the failed marriages, many of them simply don’t find that the act of marriage plays any part in laying a strong foundation to a happy relationship.

Certainly, Millennials are leading different love lives, looking for different things, and mostly cultivating a different perspective on love and marriage than their parents did.

And that’s no surprise, considering how much has changed in a single generation, from the economy, to the values on gender equality, to the way we interact with each other.

We have yet to see how Millennials will shape the concept of love in the future, but one thing is for sure – the concept is still very much alive.

Previous Post 11 Playful Steps to Boost HER Libido With The Touch of Your Love Next Post Why Marriage Proposals Are More Important Than Ever?