Men want you to be a feminine, sexy WOMAN.

Today is your second class I hope you'll love this one as this will lay the foundation of your relationship with your man.

Men want you to be a feminine, sexy WOMAN.

It’s the 21st century. Women complain how there are no “real men” out there anymore. Guys watch romance movies and cry with you.

Women are becoming more like men. Equality is important, but to what extent? Do you really need to be a truck driver to prove you are “man enough?”

At some point we might just go neutral altogether and delete genders for equality’s sake. Just how you complain about how men are becoming sissies and don’t have that toughness about them as REAL MEN used to, the same goes for women.

This is especially true in the Western world. Women are becoming less and less feminine. Anything and everything is “sexist” and some women are repelled by the thought of doing anything submissive. I’m not saying you need to shine a guy’s shoes, wash his feet and live in the kitchen. But bear with me.

Men miss the woman in you. They don’t want to be with a hardcore feminist that’s nagging all day about this and that and wants only the good parts of equality – the parts in her own interest.

If you are wondering why Western guy’s fall in love with women from Eastern, more patriarchal cultures, Asia, Eastern Europe, South America – it’s because in these cultures women are still women.

They are feminine, and their femininity is sexy. Women care for their men. They want to make him happy and “serve” him, in any way, both sexually and generally in life.

Be his support, his right-hand woman – consigliere, not a vampire sucking life energy out of him. The only thing you should be sucking the life out of is his cock. I’m sure he’ll appreciate that. And that’s the point of femininity.

A woman that’s feminine has no problem with being “under” and serving her man. She’s confident enough in her status and sexuality to enjoy it instead of viewing it as “male domination.”

Men love women, not women acting like men. Let him be the man. Let him protect you. Let him feel that he’s taking care of you in some way. Let him assume his natural role. This is especially important in the bedroom. Your ability to evoke the hidden BEAST inside him is what makes or breaks your sex life.

The more feminine you are the more he’ll enjoy being with you. This doesn’t mean you should have constant PMS, no. People define “femininity” in a thousand different ways. Here’s my definition: femininity is class.

Being classy, sexy, taking care of yourself physically, your hair, skin, how you dress and look – hot, but not trashy, sexy with a style, a nice smell, and – of course – a smile.

It’s about being sexually comfortable with being a woman and showing class. That’s all. The more feminine you are the more he’ll desire to bang you, day and night.

The bigger discrepancy between your “lady on the streets” innocence and “whore between the sheets” behavior is the more he’ll enjoy fucking you.

No. You need to ooze sexiness, not burp onions and fart. Go to that Victoria’s Secret or whatever shop and buy a bunch of lingerie, get a bikini wax and buy some high heels and you’ll be one step closer to being what he wants in bed.

When you are dressed, make him wonder what’s under and he’ll undress you in his mind before he rips your clothes apart.

Enjoy being a woman.

One secret leads to the other. Men don’t just want you to be their innocent slut, they also want you to be different and unique. Men compare you to their past relationships. You don’t have to be the best in the world – just better than his ex-girlfriends.

There is no cure. Instead of complaining, see how you can use reality to your advantage. The biggest turn on for a guy is a thirst in your eyes for his cock – accepting him and wanting him. Every single drop counts.

Spitting is rejection, swallowing is love. Everyone wants to feel desired.

The secret is to show that you care. Stuff like:

“I’m not putting that THING anywhere near my mouth – only sluts do that!”

And the list goes on. With an attitude like that, you won’t get far. If his ex girlfriend happily swallowed his load and took it in the butt, that’s what he’ll expect to get from you too. If he doesn’t, it’s only a matter of time before he moves on to a woman who’s the real deal.

The secret to having a man fall deeply in love with you is showing that you care by being fully dedicated to making him feel like a Sultan. How low will you go? Would you lick his anus?

If you are not willing to do all the “dirty” and “nasty” stuff he wants you to do – some other chick will, sooner or later. Adapt, or say farewell.

Everything in life is a trade, you give and get, and men that have a choice will always choose a woman that cares about his pleasure and is willing to do whatever makes him happy.

Do what other women will not, and you can live the life and have the love life other women cannot. My course teaches you how to enjoy doing all this “dirty” stuff and be THE ONE woman that is different from all the rest.

If you loved this lesson you'll love this too.

Watch This Video Below by My friend Felicity Keith 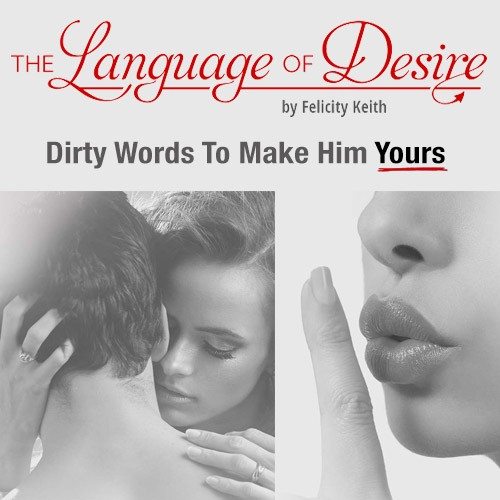 Discover the SECRET FORMULA to make him your love slave