Turn Your Sex Life From Average to AHH-MAZING - Discover 5 Secret Erogenous Zones To Drive Her Wild Every Night. 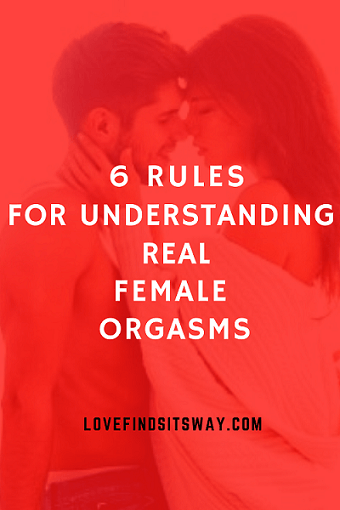 In order to really go deep with the information presented here in this guide, there are a few things that you need to understand very clearly on the topic of real female orgasm and what that means for you and your lover.

So let's go through the 6 rules for understanding real female orgasms, shall we?

All clinical female orgasms involve some kind of clitoral stimulation. Not just some kind of rubbing of the “inner” parts of the clitoris, either, but stimulation of the actual exterior clitoral glans.

Studies have long told us that less than 1/3 of women can experience orgasm during intercourse.

What people often don’t share is that the 30% of women who do orgasm during penetrative sex are doing so because either their labia or their partner’s body is creating enough friction with the clitoris to induce orgasm.

And these orgasms are consistently less powerful than ones produced by direct stimulation.

Imagine it like this. When you are growing up, developing as a sexual being, you start to hear some interesting things about your body.

People say, “Well, most men need some kind of stimulation on their penis to have an orgasm.

But some men can experience orgasm from being penetrated anally by their lover! Lucky guys!”

You are bombarded with all kinds of ideas about what sorts of things might help to give you an orgasm so you or your partner don’t actually have to touch your penis.

You can rub your prostate by pressing on your perineum or have your partner use fingers inside you to stimulate your prostate to ejaculation - which is obviously just as good as orgasm - while she grinds herself against your leg to get herself off.

Imagine what your life would be like if this was all you were taught about your sexuality and your own orgasm.

Consider how much less likely it would be for you to have an orgasm on a regular basis with your lover if it was expected that you would somehow stimulate her clitoris, but it was not at all expected that she would reciprocate by stimulating your penis!

Even further, it was thought or at least implied that if she had an orgasm and you ejaculated, this was superior to any kind of sex in which your penis was stimulated and you reached orgasm yourself.

How might your life be different? Take this even one step further. A significant number of women in the world don’t even know where the clitoris is!

Can you imagine not knowing how to find your penis?

Having no idea and no instruction about the location of your most pleasurable organ?

Muse on that for a few minutes. This is the kind of world that women grow up in. This is your lover’s world.

#2. Women Can Reach Orgasm Just as Quickly as Men.

The female orgasm, in and of itself, does not take longer to produce than a man’s.

And female arousal is not slower to rise than men’s, if the stimulation being used to create these experiences is the right kind for the woman!

You would take upwards of 20 minutes to get off too, if the best you could hope for during sex with your partner was a bit of jostling about in the direction of your penis, wouldn’t you? Heck, you would be lucky to get off at all!

In other words, women’s orgasms take longer because their partner’s aren’t as skilled at stimulating the clit as women are at doing it themselves.

What would sex be like for you if you had no expectation of an orgasm going into it?

She needs to know what kind of stimulation works for her, and needs to be comfortable providing that stimulation to herself even during intercourse! 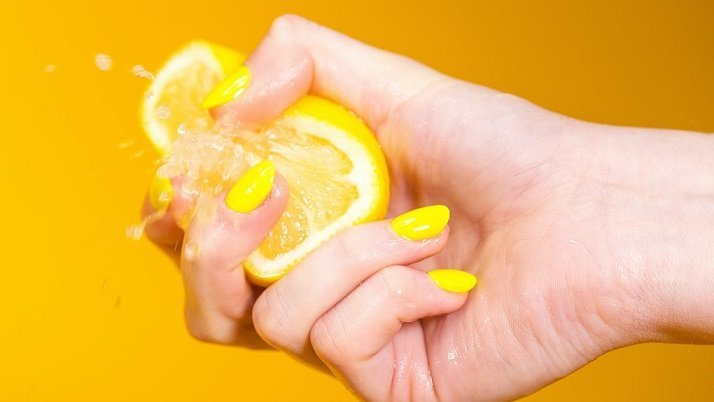 #3. Ejaculation is Not The Same Thing as Orgasm.

And like men, women can also ejaculate and experience orgasm at the same time, if the clitoris and the g-spot are stimulated together.

But in all people, orgasm and ejaculation are two individual processes that sometimes (in men, usually) happen simultaneously.

If your lover wants to both ejaculate and orgasm at the same time, she will need both g-spot and some kind of clitoral stimulation.

Vaginal Orgasm is Not The Only Orgasm You Can Give Her.

Lots of sexual activities can be pleasurable, ecstatic, climactic and ultimately sexually satisfying without being clinical orgasms, and that is totally okay.

Your lover might still call these experiences “orgasms” and that is okay too.

#4. Female Orgasms Can Vary in Variety of Ways.

This news, when men and women are first confronted with, tends to result in a lot of responses regarding women who claim to be having vaginal orgasms, or being able to have orgasms from nipple stimulation alone.

As I mentioned earlier, some women do experience clitoral orgasm from vaginal penetration.

A few lucky women may even be able to squeeze their thighs together or somehow produce enough friction on the clit without any direct touch, to reach orgasm during foreplay activities. But these women are rare.

More likely, women have climactic experiences during sex that they call orgasms, much in the way that their chocolate ice cream is orgasmic.

I’m not telling you that you should be trying to correct your lover.

“You know, sweetie, it’s unlikely that the thing you just experienced was a real orgasm.” Don’t do that. Bad idea.

But this information is important for us all to understand if we are going to bridge that orgasm gap.

Ideally in a healthy sexual relationship, you both have the self-awareness to know what an orgasm is and what it feels like, along with the understanding of what you really enjoy as a shared sexual experience.

You don’t need to have an orgasm to have a pleasurable sexual experience, especially if that experience is ecstatic and climactic.

But it is still important to know the difference if we are going to change the culture of orgasm inequality for women around the world.

#5. The Longer You Are in a Relationship, The More Likely Your Lover is to Experience Orgasms During Lovemaking.

People have used this bit of information to suggest that it’s really important to women that they have emotional intimacy in their relationships.

While this may be true, it is likely that the only reason this is true is because increased emotional intimacy goes hand in hand with an increase in investment.

In a loving relationship, a woman is able to begin trusting and believing that her partner actually cares whether or not she comes!

She can begin exploring her body in a safe environment where she need not feel afraid to express her desires and communicate to her partner what kind of stimulation works for her.

She isn’t just having sex to feel connected, to please her lover, or to establish a relationship. Instead she really starts having sex for the sole purposes of pleasure.

#6. Trying a Variety of Sexual Activities Makes it Easy For Females To Experience Orgasms.

In truth, this simply shows us that the more kinds of sexual activities a couple engages in, the more likely they are to be stimulating her clit.

So how can you apply these rules to your lovemaking to increase your partner’s pleasure and her likelihood of experiencing orgasms with you?

This is something that I have already covered in detail in my many blog posts HERE.

Before I stop I would like to show you something really special. Watch the video presentation below to find out more. 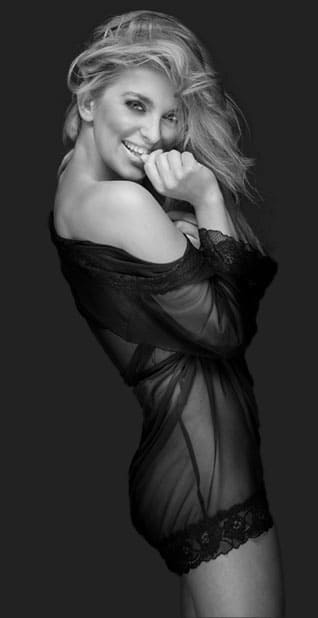 “Drink This Potent Morning Tonic To Power Up STIFF, THICK Erections in Minutes.

Previous Post How Long The Honeymoon Phase Last? Woman’s Guide To Lasting Love Next Post These 6 Deadly Mistakes Will Ruin Your Relationship With Your Man

Make Her Moan And Scream in Pleasure 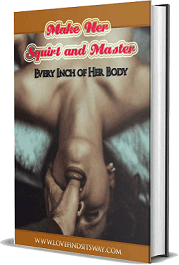