Every girl wishes to be treated like a queen by her boyfriend. But it doesn’t happen always, often things change dramatically as far as love life of couples is concerned. In the early stage of love life since everything happens for the first time, your boyfriend gives you lots of attention and love by pampering, cuddling, planning romantic evening, shopping and many other things that would make her feel like a queen. But this is part one of your love life, it’s not necessary things would remain pleasant always. Controlling boyfriends don’t reveal their signs in early stages. They reveal their true colors when they understand that you are comfortable with them and totally trust their views and opinions. Let’s find out what are those unacceptable and alarming signs of a controlling boyfriend that forces you think again and again “does my boyfriend love me”. 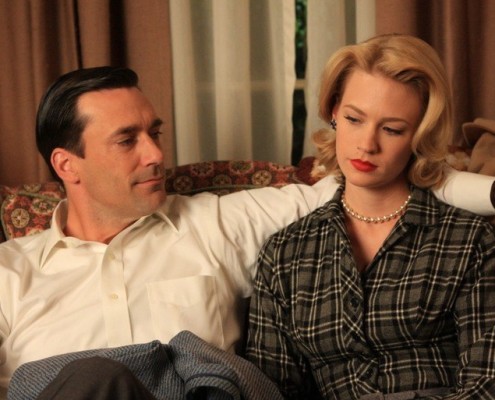 1. Insecurity and Doubts
A controlling boyfriend is so doubted and full of negative thoughts in his mind, that he wants you to be in touch with you almost 24 hours a day. He feels so insecure that he wants you to inform him about every little thing you do in a day. Even if you step out to have lunch with office colleagues and guess what you went out without informing him and somehow it comes in his knowledge. He would start acting like a little kid who never wants his mommy not to touch or  love someone else’s child. This kind of controlling behavior is not good for the peace and integrity of any relationship. Either you need to make your boyfriend realize his obsessed nature and ask him to change his attitude or simply change your boyfriend which I believe is the better option while dealing with a controlling boyfriend.

2. Jealousy
Jealousy and controlling behavior are two different things. Jealousy is sweet as it gives evidence how much your boyfriend loves you. But jealousy overtime gets converted into controlling behavior. It’s obvious in today’s life we all have decent friend circle. But if he sees your every interaction with friends or strangers in suspicious ways and makes you feel guilty. It shows that he is obsessed with his mind, though he actually trusts you within his conscience. But his mind is so frustrated with his negative thoughts that he just don’t want to understand the difference between right and wrong. This kind of behavior gets ingrained in your relationship which needs to be stopped in time to save your relationship.

3. Makes you feel guilty
A controlling boyfriend always makes you feel guilty of your mistakes. Even in those situations when you are innocent and haven’t done anything. He is so clever that he would take note of all your small and unintentional mistakes even before you realize what you did. He will taunt you till the time you get tired and accept your mistakes even though you actually haven’t done. It’s inbuilt in his behavior he does this to keep you under check all the time. He will always look for an excuse and wait for the right time to prove his point to make you feel down and accused.

4. Different rules for him and you
A controlling boyfriend will always try to do things on his convenience. He goes on trip with his friends, but when you go out with your friends he doesn’t like it. In his opinion you should hang out only with him as he doesn’t appreciate you going out with friends especially male friends. If you argue on that, he would create issue of it by accusing you for misunderstanding his thoughts and opinions. He would say that he cares and loves you that is the reason why he gets worried when you go out with someone else other than him. It shows that he has made different rules for both he can do anything he wants. But when you do the same things he starts pretending by giving useless excuses.

5. Expects to share secrets and passwords
A controlling boyfriend always judge things with his own perspective whether it’s right or wrong nothing matters to him. He shares all his social media, email passwords and talks about all his personal secrets with you. But he expects the same from you too he wants to have every little information about your life. If you argue or deny on that he breaks down crying and complains you of not understanding his feelings anymore. This type of emotionally blackmailing forces you to share all your encrypted information with him for the sake of his happiness which is a signs of a failing relationship and not by any means it shows signs of being in love.

6. Makes you dependent on him
A controlling boyfriend always wants you to be totally dependent on him. It’s feels good initially when you depend on his decisions and choices for clothes, apparels and important decisions about job or promotions. But over time continuous interference creates irritation and negative impact on your relationship. In fact you get so confused that you don’t know what to do. You lose your confidence and you wish to quit but you cannot. In such scenario I believe it’s time for you to realize what is right and what is wrong for you. You are much better to judge were your relationship is heading and choose the right path.

7. He would argue until you get tired
Some people are so imposing by nature that they try to influence their thoughts on everyone. If your boyfriend falls under this category he would probably make your life hell. A controlling boyfriend who argues with you on small little things that literally has no meanings can be complicated to deal with. On the other hand if he knows that his partner is of soft nature he would take advantage of it and will continue to argue until you get tired. He would drain all your energy arguing about pity things like “why you are constantly on phone”, “I told you not to meet him”. “I don’t like your friends coming here” Things that has no meaning and will provide no conclusion in longer run. Only one conclusion you can be derived out of this exhaustive arguments is that it would destroy and end your relationship for the rest of your life.

8. You lose your hobbies and close ones
A controlling boyfriend would never allow you to spend time with your family. He will make sure that you spend very less time with your close ones and spend most of your precious time with him and only him. On the other hand he will make sure you meet his friends and spend more time in his group of people. He will take all your personal space with his constant interference in your life. A time will come when you have to give up on your personal hobbies too. Just to keep him happy and satisfied.

9. He’s very critical and judgmental
He is so judgmental and critical in his thoughts that he would get angry if you look at other guy even in normal way. If by chance a guy likes you or falls in love with you. He would blame you by saying that you must have done something to attract him. He would simply not understand the fact that it’s the other guy interested in you and it’s not your fault. Your thoughts and actions simply doesn’t matter to him which makes you so frustrated and unhappy that you start to lose your love and respect for him and you start asking a question to yourself “ Does he still love me?”

10. His happiness lies in sex
A emotionally controlling boyfriend always keeps sex at his top priority. Sex depends on his mood if he wants to have sex he would have it. He will not consider your interest while having sex. It’s he who will decide when to have sex and how often. If you deny for not being in mood he would again blackmail you emotionally by saying you don’t care about his happiness and you never consider his demands and wishes. It makes you feel like a failure as you are not able to please him. Though you know in your mind some were that you don’t need to feel like a failure but his tricky and emotional behavior makes you feel like a betrayer in the relationship and believe me this is a serious signs of an emotionally controlling boyfriend

If you are in a relationship were you always think only about one thing “does my boyfriend love me”. I believe you need to sort out this relationship issues or end the relationship as a whole. You need to understand that this kind of controlling behavior by your boyfriend would damage you emotionally and physically. You need to believe that you have suffered more than you deserved in this abusive relationship. You deserve lots of love and respect you are lovely person and not a loser by any means. You should take help and guidance of your family and close friends to slowly get out of the negative clutches of your unhealthy relationship. But the decision is entirely up to you to decide what is good for you. If you are in this situation I will pray for you to come out of such a relationship that’s all I wish for you.

7 Ways to Ensure a Smooth Transition When Moving in Together