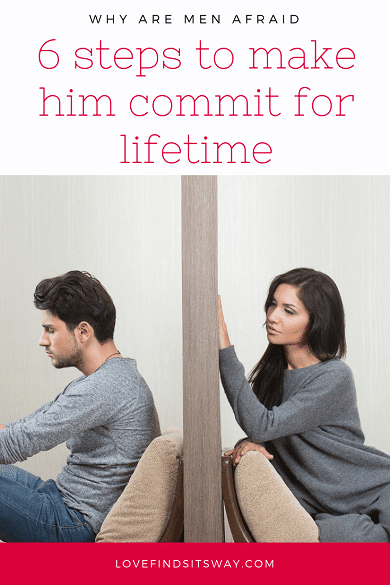 Why are men afraid of commitment? Why are they not ready for marriage and finally settling down?

Why are so many men fearful of the word “commitment” and how do you get them not to be that way?

You see now what it takes for a man to settle down and what he wants to feel to get rid of that insecurity, so how do you make that happen in your current relationship?

These are all valid questions, some of which are easy to answer and some that just make no sense whatsoever, so prepare yourself.

Here’s a situation that I personally saw play out with close friends in my own life. Man and woman have been dating for over five years and by all accounts are happy as can be.

They were best friends first and have remained a good solid team, keeping friendship at the core of a loving relationship.

They were that “model couple” that so many of us look to and aspire to be—in essence they just radiate happiness together.

But I want to tell you things change and couples too change.

But to stop this from happening to you I want to share 5 major points to prove why are men afraid of commitment and how you can deal with that one commitment phobic man.

#1 Things Seem So Happy So How Do They Go So Wrong?

So their life together is good, they have fun, they travel, and they enjoy time together. Do they fight? Sure they do! Do they have a good solid hot sex life?

Yes, it’s important to both of them! Have they talked about the future? Yes they have, though this seems to be a more pressing issue to her than it is to him.

At this point in time, life is good and they are both happy, so why change anything? (his thoughts, obviously not hers!)

Just a week before they are supposed to leave for a very special trip to Florida, he breaks it off with her.

Though they have been arguing a fair amount, it’s nothing out of the ordinary or that can’t be fixed.

This was to be a very special trip together and quite honestly she thought that he would pop the question.

So what made him snap? What made him break off what seemed to be by all accounts a wonderful relationship and head out on his own?

In one word, what happened was FEAR! He knew that she was expecting a ring out of the trip and he wasn’t there yet.

Though they had been together for a long time and he knew that he probably had a future with her, he simply wasn’t ready yet and he was scared.

He needed time to get some things out of his system, he needed to be sure that she was the one, and ultimately he needed to be ready to tell this girl that he wanted to be with her FOREVER!

She was heartbroken, she was devastated, and she thought that she would never feel happy ever again.

After some time went by he tried to reach out to her as a friend and she resisted at first.

Over time they started talking as friends again and rebuilt what ended up in marriage, but it had to take time. Was it a good thing for them as a couple in the long run?

It was because it gave them both time and space to figure things out and be ready to move forward with their life together.

He needed that time to know that she was the one, and thankfully by some great mercy she took him back.

Here’s the thing to remember—they don’t always end well and there’s not always a happy ending!

He may not be ready today but come back to you a couple of months from now and you may have realized that he wasn’t the one for you.

You may be dating other people in a few months. Or though you may not want to think about it, he may never come back to you.

These are very difficult situations to think of as we all want the happy ending that this couple shared.

This couple is often typical in the sense that men feel the need for a bit of space sometimes.

Here’s the thing to remember as the woman in this scenario—you shouldn’t compromise on what you want just to keep him around.

If he’s truly the one then he will come back to you and hopefully you will be ready to take him back.

If he’s not then there’s somebody else out there. Never settle—either of you!

When you look beneath the surface it is often something very little that makes him feel that crazy fear of the commitment and relationship.

It may be that feelings have dwindled a bit, it may be that the relationship isn’t as passionate anymore, or it may just be that he feels too comfortable.

He may realize that you’re the one, but it may be too late—so let’s get into the root of these fears to try and understand why men don’t commit.

#3 What Makes The Notion of Forever So Very Scary?

It doesn’t matter what point your relationship is at, there are some fears that seem to bond men together overall.

I’ve seen these come up a million times and so they are well worth the education.

If you are wondering what makes your man so deathly afraid of commitment, I’m here to tell you what it’s based on and here’s the list for you:

He’s afraid that you are going to change, mostly into something or someone that he doesn’t feel the same way about

He’s just not sure about you or the relationship and so he doesn’t want to take it to the next step.

He doesn’t understand that a healthy relationship can still involve a bit of independence and is afraid you will both lose your identity.

He simply isn’t ready yet, may never be, or has grown tired of the nagging and pressure 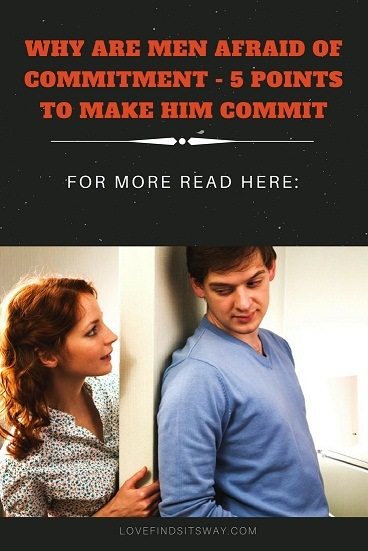 Some of those reasons may not be so pretty, as a matter of fact some of them may seem downright harmful or hurtful.

Sometimes when we face what men face as fears it can make women feel like they aren’t good enough or that they can’t make their man happy.

I am here to tell you the truth and to help you to understand men and what makes him feel so fearful of commitment, and sometimes that involves truths that may hurt.

Most men are afraid of commitment simply because they don’t want to lose the good things about the relationship now.

They have seen bad examples or even lived through them and don’t want the two of you to end up like that.

Some may have experienced bad relationships firsthand as a kid and therefore decide that they never want to commit.

These are fears that can be overcome and therefore you may just need to be patient with him.

The men that aren’t ready to commit because they want to see what else is out there are the ones that you need to be more concerned with.

They are the type who want to test the waters and serial date before they settle down.

Chances are he’s not right for you but you as the woman aren’t ready to say it or to give up on the relationship, so it’s easier to just wait and see what happens.

You as the woman have to do your part to figure out what is going on within him.

Understanding is power and it’s my job to give you the truth, help you to uncover what makes men tick, and how you can trigger a man’s hero instinct.

There are also some issues with the woman specifically which can lead to a man’s inability to commit.

These are not the types of situations that most of us want to think of, but they are necessary to inspect. 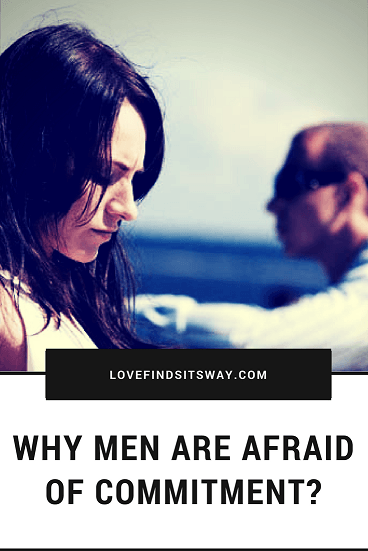 I will not sugar coat this part of the equation as it’s not an easy pill to swallow.

Sometimes no matter what a woman does or how great the relationship may seem, she simply can’t get the commitment.

Sure it’s easy to blame the man in the situation time and time again, but the truth is that after a while you start to look at the common thread—and in some cases it may be the woman specifically!

If you are a woman who fits into a couple different categories then you may be lacking the commitment because you are unsavory or even deflating to the man that you are with.

To clear my point on why are men afraid of commitment. I lay out the scenarios or types of women that will long for commitment but often have a hard time in capturing it, no matter who the man is or how great the relationship may seem.

These women may not realize that they fall into these categories, but they suffer from many different broken relationships.

They may be in a long term relationship with a man, then a surprising breakup comes about, and within a couple of months the man is engaged to somebody else.

It hurts deeply but you have to be honest with yourself if this is you!

Sure there are plenty of times when the man is the problem or when issues in the relationship create problems that can’t be solved.

However there are times when a woman has to dig deep and recognize that she might be the source of the problem too.

These woman may be control freaks, may suffer from insecurity, or may have a hard time trusting and letting go.

Whatever the reason if you wonder why every relationship you are in ends badly, it may be worth looking at these criteria.

If you are this woman then it’s time to do some soul searching and some changing.

A little positivity can go a long way, so it’s time to make changes that will get him to commit once and for all—even if that change comes from you specifically!

I will stop here. I hope you loved this article on why are men afraid of commitment.

Before I stop I want to share with you my Amazing Recommendation to help to have the best relationship of your life.

If you are serious Watch This Video Below.

My name is Manish Yadav and I’m the owner of the blog "Love Finds its Way". My advice does away with the manipulations and mind games recommended by magazines and the surface level advice of TV gurus… We’ll dive DEEP into the psychology and biology of desire and give you actionable steps you can use today. Over 900,000 men & women have transformed their relationships as a result, and I've been featured in Lifehack, Return of Kings, Menimprovement, Urban Dater, and so on......and no... We're not here to play games so you can manipulate your significant other......My only intention is to help you and your partner have a healthy and loving relationship by working on your intimacy with each other.And we’re just getting started!

Previous Post Is he ready for marriage? If not here’s WHY (strictly for women only) Next Post How To Deal With a Commitment Phobic Man – 24 Convincing Points